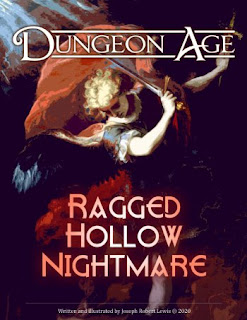 Ragged Hollow Nightmare is a low level (1st to 4th level) starter adventure from Joseph Robert Lewis that comes in both an OSR and 5E version, separate downloads for the same purchase price of $5. Despite the separate PDF, it's pretty clear that it was originally written for 5e and converted to a generic OSR format. It's also written for his campaign setting, under the "Dungeon Age" brand that seems drawn from the real world more than the typical D&D fantasy world, including an allusion to Christina Rosetti's deservedly famous poem, Goblin Market.

The basic premise of the module is that an evil force has been accidentally unleashed inside the local Temple (the local clerics apparently not using the augury spell) which has caused a force field, or veil to surround the temple keeping the evil in. Unfortunately it also has trapped much of the townsfolk who were at a bingo game or something. The PCs want to get inside the temple to rescue the townsfolk, but they need to find a way to climb up and over the forcefield/veil (which is about 60 feet high). 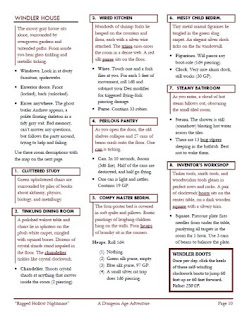 Luckily, there are no fewer than three magic items scattered about the region (in mini-dungeons) to allow the PCs to do this. One is in a barrow run by a hag, another in a deserted inventor's manor, and a ruined dwarf outpost. There's also a goblin market which is actually run by a satyr. While this provides no direct help, he can provide advice if the PCs entertain him. These mini-dungeons (about 10 locations each) are very interesting and have something of a fairy tale feel to them.

The other half of the adventure is the temple itself, which is about 50 locations. Here the "Nightmare" part of the title of the module comes into play. Basically the evil that the temple is suffering from are the nightmares made real by a magic item mistakenly placed on a dude with an evil infection.

There's nothing super deranged, a lot of it are inanimate items to life, be it characters from childrens books or stained glass figures. Many encounters can be avoided if the charcters don't touch or interact with anything, but the chances of players doing that is slim (and it makes for a boring game if they can't touch anything without it causing a swarm of monsters to come out).

Eventually they make their way to the source of the problem, and remove the magic item on top of the infected with evil guy, which returns the place to normal.  Why the 5th level paladin and her squire (who were trapped inside) couldn't have done this is beyond me. Most places also seem to be in the process of events happening, kind of ignoring that these people have been in there for days, maybe a week or more, while the PCs got the items to get into the temple in the first place. 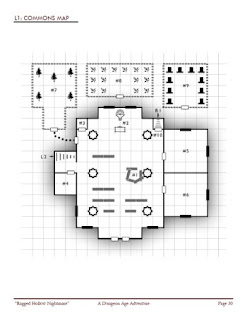 Some monsters are standard D&D monsters, while others, like the goblins and the hag, have a more folklore twist and there are a number of original monsters.  Although this is the OSR version of the module, many of the monsters are perhaps too tough for standard OSR systems, at least doing far too much damage, with the average monster doing 2d6 damage as a norm.  That averages to 7 hit points of damage, which would kill almost every 1st level OSR character (unless it's a 1e character)

On top of that, while OSR, many 5e-isms remain in the PDF, such as advantage/disadvantage, ability score based saving throws (at least in the module text itself, in the stat section it's old school). There's also a lack of treasure. There's actually a good number of very low powered and unique magic items, but very little in terms of lucre. And the best magic items, at least in terms of value, are actually buried in the crypt below the temple.  Many players won't mind looting a crypt, but it might cause some problems if you have a good aligned party.

As mentioned, there are separate PDFs for OSR and 5E. I didn't loook at the 5e one, but presumably they are the same. There's no interior art and it uses a 3 column format for text. That's something of a rarity these days, presumably because it's best for maximizing the amount of text on a page (something PDFs don't really need to worry about) at the expense of legibility and readability. But it's legible enough. 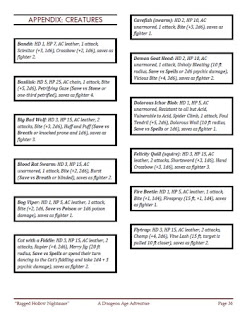 All in all, there's basically three parts to the module. First, there's the home town of Ragged Hollow, which gets a very minimalist overview and isn't that remarkable. The second, the semi-sandbox exploration of the surrounding area, is by far the best and most creative. The last part, the actual temple itself is somewhat less intersting than it could be, with the dreams come to life inside being surprisingly mundane.

While meant to be a starter adventure, I'm not sure it works as such the way it's written. There's not enough buy in at the town to feel a strong need to rescue the people inside (since they are largely anonymous), nor are 1st level characters likely to be able to survive very long in the temple itself. So despite the fairly long length of it (40 pages), it doesn't feel fully fleshed out or complete for what its goal is.  I like it a lot, but I'm not sure how easy it would be to run without a lot more work,