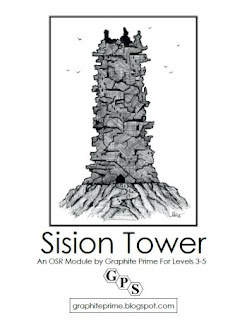 Sision Tower is the second module from "Graphite Prime", who is also a blogger. As you might guess from the nom de plume, it's one of those artsy modules I usually am not fond of, but despite the pretensions, it's a fairly inventive dungeon (or tower crawl) that you might actually want to run, not just read. Though with that said, it seems written with Lamentations of the Flame Princess in mind (which armor classes given as armor type), so you need to adapt it to more conventional OSR systems (most notably, there is a lack of loot for systems with treasure for xp).

The premise is pretty simple. A tower appears out of nowhere. Turns out the tower belongs to an angel of time, who collects stuff. One of her collections was a spider, a spider who grew in power to the point where it turned the tables and became the captor, not the captive, and so the tower gets sent back into time where the PCs are, where presumably they decide to enter and loot it.

However, they aren't the first to get there. At least three parties did, including one who left a guard outside to watch their camp, a somewhat Moorcockian one armed thief named Una. 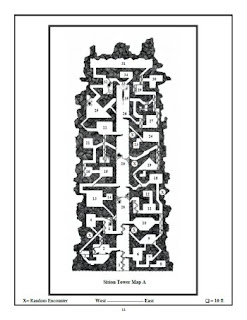 The tower itself is apparently tall but very narrow, as the map is flat but vertical, not horizontal. So movement isn't really traditional, it's basically just room to room, with details more or less incidental, not unlike Taken from Dunwich.  The encounters pretty much vary between something weird and some spiders. The weird stuff works, though nothing really made me say "Wow, that's cool" or even "Eew, that's creepy" and I can't think of any memorable examples off hand. The spiders are a bit too common, although they aren't the save vs poison or die sort, only doing extra damage.

The module is meant for levels 3 to 5, but the ultimate villain of the castle is 15 hit dice. This somewhat matters because the only sure way to leave the tower is to kill it (which restores the former owner to control of it). The tower fluctuates through time, like that episode of Star Trek with Joan Collins, so they can't just leave it, they probably won't make it back to their own time. 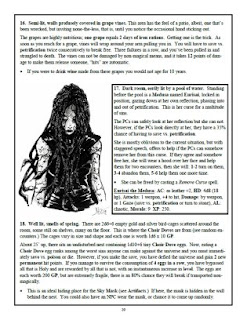 While Sision Tower is very light on traditional loot, it does have numerous magic items, new ones at that. 16 of them, many of them actually quite useful. There's chain mail that can be worn by anyone and gives stealth like a thief; a hand axe that allows two attacks per round; a ring of spider turning (just like undead), which is quite useful for this adventure. Unfortunately, none of them have gold or XP values

The art is evocative, but also something of a one trick pony. If you've seen one creepy goth looking girl, you've basically seen them all (and there's like a dozen in this). The best parts are the occasional blow ups of the map featuring an adventuring party in silhouette. 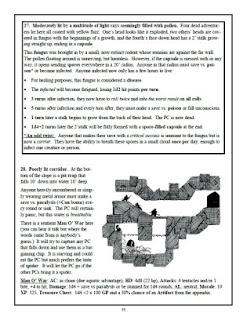 Sision Tower strikes a good balance between a module being artistic and being an actual playable adventure that someone might actually run. On the flip side, it would still take some work to run and it really lacks anything truly memorably weird that would make it a classic.  It's only $3.99 so worth a look, I think