QuasarDragon is back with Goblin Market, PWYW module 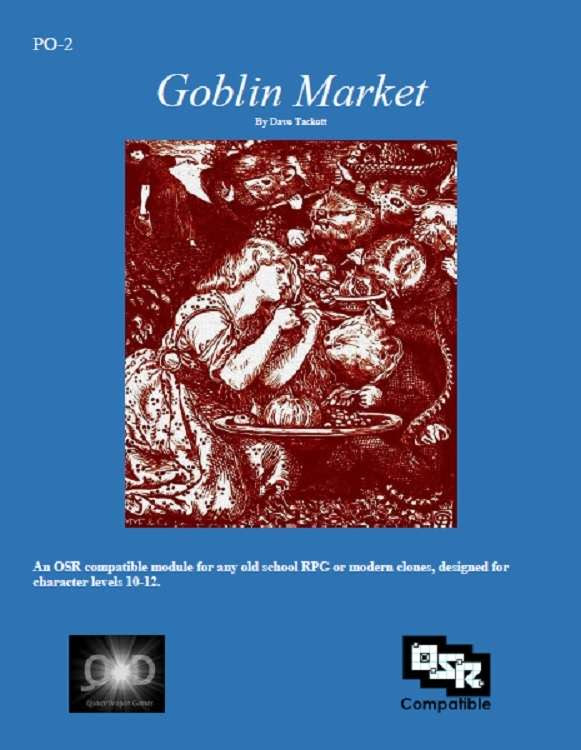 It's been a while (understandably, as modules can be a surprisingly large amount of work) but QuasarDragon is back with a new module, Goblin Market. It's the second in the PO series, which are based on famous poems. In this case, arguably one of the greatest poems ever, Goblin Market by Christina Rosetti.

It's one of those poems that tells a fairly interesting story in its own right and can be interpreted pretty much any way you want to.

So check it out, it's PWYW, and if you like it, go back and donate. And pick up his Tome of Twisted Terrors, a monster book containing various creatures from folklore, a bargain at $2.
Posted by Jeremy at 6:33 PM