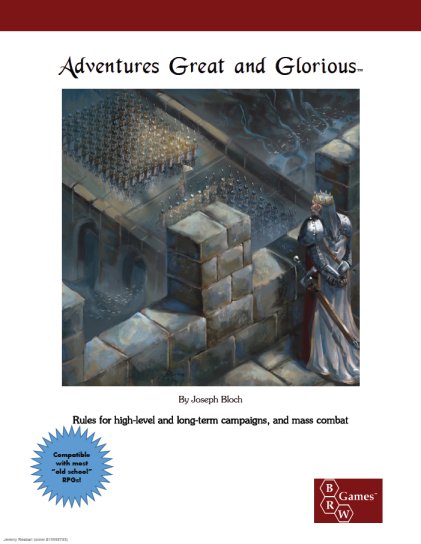 No review this week. Nothing screamed out to be reviewed.

Pretty slow week unless you want re-hashes of existing games.

Old School Essentials: Druid and Illusionist Spells -  Because apparently $6.99 is too cheap to give them to you without charging you another $6.99

Swashbuckler Class for D&D and AD&D -  Pretty much as said. Nice to see some people still make stuff for fun. 11 or so pages and PWYW.

Doesn't seem to be a very busy week in terms of releases. On the other hand, in real life, I seem to have acquired a kitten, so I've been busy with him. 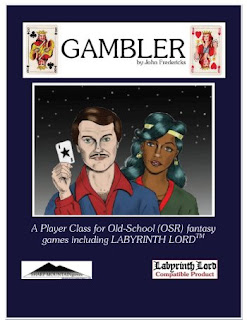 Not much new this week, the highlight being a high level campaign supplement for Adventures Dark & Deep.

Boons for Swords & Wizardry - They're totally not feats, cause they're random or something. PWYW

Shapeshifting -  As near as I can tell, artsy furry White Box. When you think it couldn't get any lower.  PWYW, 120 pages.


Friday Enhanced Map 8-9-19 -  Not sure if this is a continuing map of that megadungeon he was doing. $2 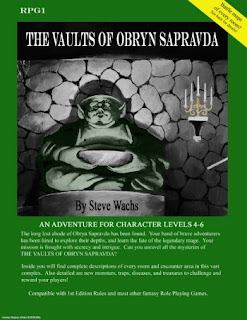 Also interesting, there's a handful of new adventures for The Fantasy Trip. I remember when that was a "Microgame". Dark City Games did a good job of carrying on that tradition


Forgotten Realms Campaign Setting Revised (2e) - I was never too big of a fan of the FR, but for those that are, this is now back in PDF form. $14.99 and multiple files of about 280 pages.


Cha-alt -  This is a mega-dungeon from Venger Satanis. Part of me hesitates to include this, since I'm not sure if it's OSR statted or not (even his OSR products aren't arguably OSR statted, as he has no grasp of any rules system, even his own). Probably at least has some interesting art. 218 pages, $20

Descent into Madness : First Steps - Part of a megadungeon, continuing from their module The Sunken Fort.  72 pages, $4.99

Grinding Us -  Apparently a spiritual sequel or something to the Grinding Gear module for LotFP, which made a big deal of the fact that it had a MU with the sleep spell in it. This seemingly has more of a premise like The Assassins Knot, a testing ground for would be thieves. 34 pages, PWYW

Dark Places & Demogorgons - Martial Arts Mayhem -  What would an '80s game be without martial arts? I took Tae Kwon Do back then. (Amusingly this came up at work, I was talking with a 20-something co-worker who asked "Who in the breakroom could take him in the ring?" and was amused when I answered "Me", mentioning I had actually fought competitively before.  "When?" "30 years ago", which caused him to scoff, when I mentioned Bolo Yeung from Bloodsport who was like 50 when he did that. And he hadn't seen Bloodsport, which I found even more depressing.

RPPP: Medieval-Authentic (TM) City Guide: Kingston Upon Hull -  Doesn't get any more British sounding like that (maybe throw in a Nigel and Ian in the name). $2.99 and 33 pages.
Posted by Jeremy at 1:48 AM 1 comment: 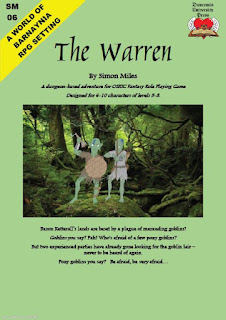