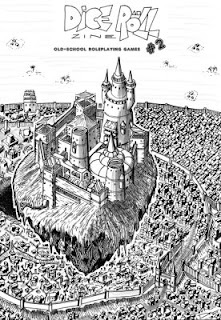 Anyway, the first issue came out a couple years ago and is also available on DTRPG, but the second issue is currently only from his own store in print for $7 (though it comes with a PDF)
Posted by Jeremy at 11:24 PM