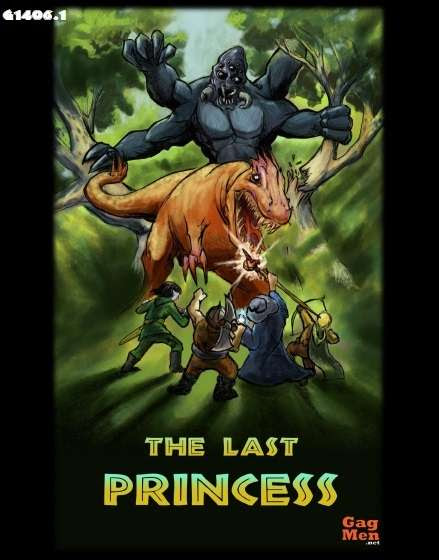 The Last Princess is a module from the Gagmen, who I think have a podcast or something. It's for 8-10 level characters and written for the Basic Fantasy Roleplaying Game, so pretty much compatible with everything OSR, except it uses ascending AC

Deep in the jungle lies the ruins of the ancient civilization of the Ditani, now overrun with arachno-apes and other jungle savages. Our heroes are hired by the great explorer Raeyon, the lady Ipeneth and their team to help them find and capture the legendary Gyanki’don, a massive arachno-ape rumored to protect the natives from harm. When the group stumbles upon the village of the Coleco tribe, they find themselves at the whim of a crazy witch doctor and his half- baked ideas, which may lead the entire tribe to a grizzly and badly planned demise. When the Witch Doctor decides to sacrifice the Lady Ipeneth to Gyanki’don, the party must chase the giant arachno-ape and his new hostage to the pyramid of Li’kani. Can the party survive the horrors of the Pyramid and recue the beautiful damsel? Will the video game references contained within overpower the rest of the adventure? Will the witch Doctor succeed in accidently killing off his entire tribe? Discover the answers and the punchlines as you and your party search through jungles and temples for “The Last Ditani Princess.”